April 02, 2015
Five minutes later we gunned it out of town under a cobalt blue sky. Cody's tires spitting dirt on the sun-warmed road, the radio blasting "Beer Drinkers and He3ll Raisers" by ZZ Top.
"God, I love this song," Cody said, cranking the volume, his palms pounding on the steering wheel, his green eyes charged with a secret energy, as if he were anticipating a salvation known only to him.
For as long as I'd known Cody, he'd avoided a static lifestyle. Downtime and boredom were his worst enemies. I imagined that in his quiet, solitary moments, perhaps when he was alone in his apartment at night, straight booze ight not be adequate to soothe the wounds of his past. His pain could only be extinguished by action, by confronting his demons, by violence. This was his defense mechanism, how he dealt with the grief of a father who abandoned him and an uncaring mother. Crazy as it sounds, living on the edge provided the balm for his unhealed scars. I'm sure psychology professionals would have a field day with this one, but his method for dealing with his paid was keeping him sane. Hell, in a world where criminally demented acts are routine. Cody was probably saner than most.
~~~

In the world we live in, there is sometimes a fine line between the criminal and the men and women who go after them. Dan Reno and his buddy Cody are both ex-cops who left, fed up with the system in which they worked. Yet these chose to continue the fight against those who would do harm against others. This series is told from the point of view of Dan Reno. These books are definitely from the hard-boiled series, with a mix of noir. Those who enjoy either will, I believe, enjoy meeting Dan and Cody! I didn't mind it myself, either, except it does get violent--so be forewarned, especially due to the nature of two criminals "religion..." Check out his earlier novel Stateline... before you leave!

Dan is trying to make it as a PI and bounty hunter... He had just been contacted to try to find two accused rapists from New Jersey. Actually, both were into much more, including murder. One was a fairly easy find, except for the actual capture activities, that is...

When I finally tracked down Billy Morrison, he was in the middle of the most pit at Zeke's Bar off Highway 50. There must have been thirty sweat-drenched men in there with him, stomping and flailing to the music, their violent energy like a rebellion against humanity. I assumed they considered this dancing, but it looked more like a gang brawl. The death metal band on the small stage pounded out a relentless assault on the ears, the singer's guttural growls imploring the wild-eyes participants to main and kill the weak. My initial instinct told me to retreat to my truck and wait for Morrison to leave. Instead, I waded into the churning melee of knees and fists. That was my first mistake...
~~~ 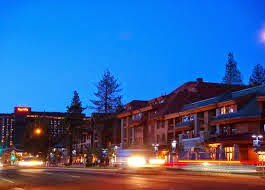 Dan had thought there would be a slower pace and some quiet times when he moved to South Lake Tahoe. Fortunately he had made a positive connection with Sheriff Grier and was able to work with him, sharing and gathering information. What really was the issue was that the little town had become a route for trafficking drugs and the Mexicans were firmly entrenched. Until a group calling themselves the HCU [Hard Core United], had moved in, looking to take over... It was the HCU that had adopted rapist Morrison. And Reno wound up facing the whole group when he tried to leave with Billy. He was backing out, trying to leave, using his gun to control the crowd...not sure of the outcome, when he saw slashing lights and the Sheriff's squad car moving fast into the parking lot... Whew!

There are a number of minor characters that include the son of a former assassin and a brother-sister pair who have been befriended by Dan and Cody... Good thing!
Because the other rapist is also a Satanist and believes, and seems, he is unable to die! And he has set his eyes on the sister, who has become known because she's to be now working as a lounge singer in the Casino where all the action is taking place!

Seriously, the violence in this novel is not for some readers, but the story itself is a great novel for its genre. Readers will have to decide on this one. Myself, I always enjoy a novel with the good guys versus the bad guys...this one just gets more hard core than I would recommend to everyone.

There's more time at the Nevada bordellos, hard-core criminals versus the Mexican cartel seeing who will win the town, and even the mafia hiding under "new management." Cody is an interesting sidekick for Dan...In this novel, he has just discovered he may be a father and that causes him to take the brother-sister duet under his special care...

There was enough warm, caring scenes to keep the violence counter-balanced. Do check this one out!

"You know what?" Time to turn on the christmas lights."
"In October?"
I got up and hit the switches, and the bults laced around the trees outside came alive, the colors flashing and reflecting off the snow-covered ground.
"It's just beautiful, isn't it?" Candy said, her green eyes dancing in a kaleidoscope of red and blue. The jukebox kicked into Hank Williams Jr.'s "Family Tradition," and the twang of the fiddle brought a smile to my face...
As for my own life, I stay happy on a daily basis, and why the hell not? My house among the tall pines and granite faces is cheerful with a woman's touch, and I'm thankful every day for that. Damn thankful, because change is an inevitable as the turning of the season. That evil might again invade my life I have little doubt, but I never invest myself in that thought. That keeps me sane I suppose, or as close as I'll get.
~~~ 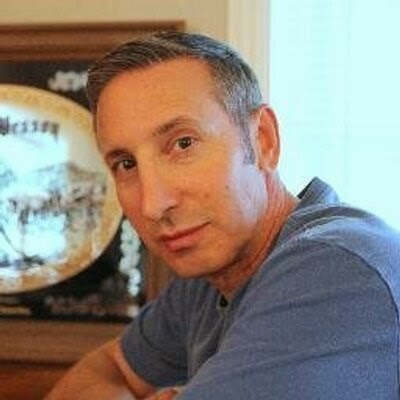 Born in Detroit, Michigan, in 1960, Dave Stanton moved to Northern California in 1961. He attended San Jose State University and received a BA in journalism in 1983. Over the years, he worked as a bartender, newspaper advertising salesman, furniture mover, pizza cook, debt collector, and technology salesman. He has two children, Austin and Haley, and lives with his wife, Heidi, in San Jose, California.
Stanton is the author of five novels, all featuring private investigator Dan Reno and his ex-cop buddy, Cody Gibbons.

Popular posts from this blog

March 17, 2013
c. 1800-1803 (Photo credit: Wikipedia ) "You are so beautiful! Your hair is shining. You have a beautiful figure! You feel so good in my arms! I missed you so much! I love you to no end! Let's make love right now!" "Just like a typical guy years younger, Max is always ready to go before I am. "I am so horny," he whispers hoarsely into my ear. I smile, enjoying his eagerness... "I want to kiss you all over," he mumbles into my neck as his hands begin to roam... "There's something I want to do, and I hope you will allow me." he begins, rather formally... "I want to kiss you all over and lick your vagina!" "I gasp, feigning shock. "I'll let you as long as you do it as long and as thoroughly as you did last week." "We did it last week?" ~~~ Ageless Erotica Edited by Joan Price I met Joan on line a number of years ago when she was writing a book. Finding her name in my files, I we
Post a Comment
Read more

I'm So Excited; Just Can't Hide It! - The Reality of Life - This is What I Know... Shout Out to 7 NE WVU Orthopedics!

May 23, 2022
First, If You Are So Excited That You Want to Immediately Start Creating, and Sharing, That's The Time You Realize That You Don't Know How To Do Everything!   Duh... So, anyway, I'm up in the early morning again wanting share a little more.  And the mechanics of it slows me down... Technology is so wonderful...and yet so frustrating at the same time... Did you ever get so excited that you wanted to share...and then when you get everything ready, your mind goes blank. Then You Just Might be a Senior Citizen now... Face It, Embrace... 'Cause I Promise, Your Body Knows What is Happening Inside Better Than Your, hopefully, still fairly alert mind... I Told you that I have no idea what is going to be happening... I can deal with that! Can You? I do have a free caricature obtained online and I tried to begin using it this morning and got hung up proving to the computer I was a real person... I am, Believe Me! Nope! That Computer program created doesn't believe me... It&
1 comment
Read more

There Will be Peace - In the Meantime Mindless Bureaucracy Runs Rampant! DON'T Check out...ADT

January 14, 2022
The Lord gave me another song as I woke this morning... So here I am, writing, first thing this morning... The computer and light was already on as I walked into my little home office--I had been so upset that I went to bed to read and settle down... Finally, after 5 years, I was rid of ADT. You know, that company that may be voted the best...but that has, for the most part, lousy customer service! When i was young, as a new Christian, living the life into which I was born, I sometimes would think...You know, I'd rather have peace on earth than rest in heaven some day farrrr in the future... Well, the future came really fast, didn't it? And still, there is no peace here on earth. It came to me as I was singing "There will be peace...in the valley...for me...some day..." that it really would not be much of a life if we were singing and happy all the day long. Geesh! But did sometimes it could get so very bad? When I was working, I had coined the phrase which still co
Post a Comment
Read more